The Poems and Writings of Alfred Oram Lane 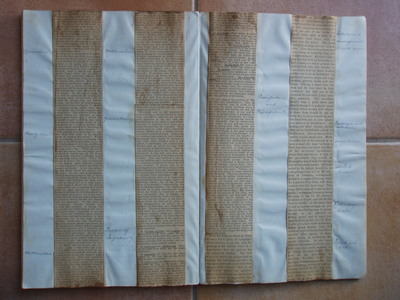 Three exercise books used by Alfred during his life time, together with poems he wrote and typed on loose pages, were given to me many years ago by my grandmother Ruby Lane, Alfred’s wife.

The earliest date in this book is 29 October 1906; and is written on the inside cover along side “Nelanglo”. Alfred was teacher at Nelanglo from 7 August 1906 to 25 February 1907. This book contains about 22 religious “sermons” written in Alfred’s hand. As it is known that the Lane family went to church regularly and that Alfred’s wife Ruby was a member of church choirs, it is likely that Alfred, being the local teacher, would have been invited to speak to the congregation. From the reverse end of this book, Alfred wrote twelve poems dated from 16 May 1914 to 4 August 1818. There are no blank pages.

This is a larger foolscap exercise book and appears to be of similar age to the first book above, but has only one date. On page 5 there is a school song written by Alfred and dated “Bombala 1908”. Alfred was the teacher at Rosemeath School, near Bombala from 19 July 1907 to 20 January 1909. In the inside back cover he has written P S Ravensdale Yarramalong. This would be at Wyong Creek where he was teacher from 10 April 1934 to 28 November 1935

In this book Alfred has written some of his poems and many extracts from other writers and poets such as Kipling, Tennyson, Browning, Napoleon, Shakespeare, Longfellow, and Benjamin Franklin. At the end of this book Alfred has pasted on the pages newspaper cuttings giving information about diseases and their appropriate treatment and action such as closing the school. There is also an instruction “Tanning Game Skins” and a diagram headed “Beginning of the Tennis Netting or square mesh”. There are many blank pages. The photograph above is from this book.

This is a more recent book and includes only one item; a thesis written by Alfred about his approach to teaching young children. It was probably written about 1933.

To see some extracts from these exercise books the first link below takes you to Alfred’s poems and the second link to his school song, one of his religious “sermons” and his 1B thesis.

The writings of Alfred Oram Lane

Return to the Lane Generations of Herefordshire and NSW, Australia

Return to my Home Page